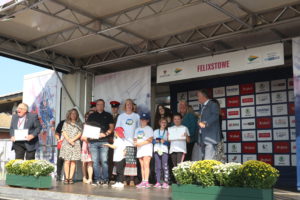 Special contributions to the community made by individuals, young people and organisations are recognised by the Town Council through its annual Civic Awards scheme.

In this Jubilee year, the Town Council  welcomed nominations for those deserving of special recognition for what they have given to the community in a voluntary capacity now, or any time over the past 70 years.

The Mayor’s Awards Winners for 2022 are:

For his role in running ‘THE HUT’ on Felixstowe seafront, the Day Centre and for his involvement in the Travel Association and the Twinning Association.

For her voluntary work at the local RSPCA shop and for offering voluntary support to the NHS.

For her role in the formation of Shine a Light on Walton.

For her role in the coordination of Stennetts Community café.

For her involvement throughout the community, including her voluntary work at The Compass, Wavemakers, her service at a pop-up food bank and her role in Felixstowe Helping Hands.

For founding the Felixstowe Volunteer Coast Patrol Rescue Service some 26 years ago and helming the organisation since until his retirement in January this year.

For his role as a staff flight Sergeant in the Felixstowe Air Cadets and in office as Lord lieutenant cadet, representing Suffolk at various events on behalf of H.M. Queen Elizabeth.

For the outstanding effort of both staff and volunteers at The Grove Medical Centre in administering the COVID-19 vaccination rollout.

Tell us who your community heroes have been over the past year and nominate them for one of the following Awards: (Nomination form in the link below)

Mayor’s Award: Presented to up to 5 local people for their personal contribution to the community.

The Community Award: Presented to recognise the contribution to the community by a local organisation.

The Town Council has been making Civic Awards for many years. Please see here for a list of previous  Awards Winners: Award winners as from 2002 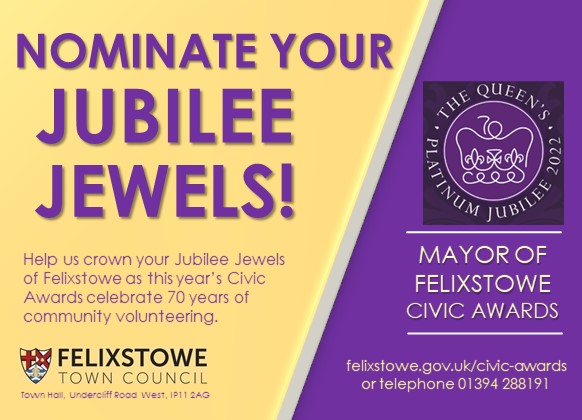