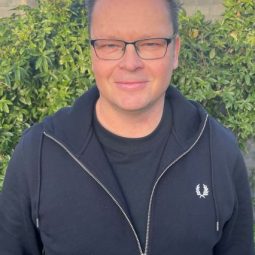 I was born and brought up in Felixstowe, attending Kingsfleet and then Deben High School. I then worked in Tesco for around a year before joining the Army at 17. I served in the Royal Engineers for 12 years, and was based in Germany before becoming a Training NCO at the Royal Engineers training regiment in Hampshire. Whilst serving I also did 2 tours of Northern Ireland.

I now work full time as a cyber security engineer, which is a career I have had since leaving the military. I also recently took on the role of Chairman of the Felixstowe Branch of The Royal British Legion.

My background leads me to have a keen interest in Remembrance activities and to ensure that the memory of those that gave their lives for this town is never forgotten. I aim to continue to promote and improve the way in which Felixstowe remembers its fallen.

As an independent councilor I look forward to playing an active part in the Town Council and serving our unique community to the best of my abilities, unrestrained by party rules or politics.

Elected in May 2019, Darren is a Felixstowe Town Councillor for the Coastal Ward.