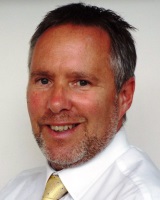 Mark has lived in Felixstowe for the last 13 years with his wife, two sons and step daughter. In 2011 he retired from the Suffolk Constabulary, he served across the county in both uniform and CID roles retiring as a Chief Inspector. During his service he was the Inspector at Haverhill and Chief Inspector at Ipswich where he enjoyed working with the communities to address local concerns. However his most satisfying role was the three years he spent at Ixworth as a beat officer getting to know the communities, parish councils, schools and local groups across eighteen parishes.

He intends to use these experiences as he develops his role as a Town Councillor.

Mark and his family have a beach hut in Old Felixstowe which they enjoy. He can also been seen kayaking with friends along the coast and to reward themselves they will often be found discussing their latest trip in one of the sea front pubs enjoying a real ale.