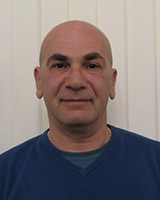 Steve is a 56 year old married man with two children and four grandchildren who has lived in Felixstowe for the last twelve years.

Until his retirement in 2013 he was the Policing Commander for Felixstowe.

Steve is an active member of the local community.

He enjoys dog walking, fishing, cycling and boating.  He is a member of Felixstowe Carnival committee and a Member of The St John Ambulance County Priory Group.

Steve was re-elected to the Town Council (Coastal Ward) and the East Suffolk Council (Eastern Ward) in May 2019. See Steve’s profile page on the District Council website here