The Leader of East Suffolk Council and the Mayor of Felixstowe have both condemned the actions of the people responsible for starting a fire which has caused extensive damage to a historic shelter on Felixstowe’s South Seafront.

Having investigated the damage, East Suffolk Council have confirmed that it will cost in the excess of £10,000 to repair the shelter, which was only recently restored in a £150,000 project as part of the Council’s ongoing investment in the south seafront area.

Cllr Steve Gallant, Leader of East Suffolk Council and also a local ward councillor, said: “This appears to be a deliberate act of vandalism which is completely unacceptable and puts unnecessary pressure on our fire service at what is already a difficult time.

“The shelter was only recently restored to its former glory, meaning it could once again be enjoyed by local people and visitors alike. I have no doubt that they will be just as disappointed as me by this meaningless act.

“I want to make it very clear that this was not a victimless act – public money and time was spent on the restoration and will need to be spent on the repairs. That is the taxpayer’s money which could be spent elsewhere so it has an impact on everyone, especially at a time when services are already being stretched due to Covid-19.

“We are determined to clamp down on this type of anti-social behaviour and would urge anyone with any information to contact the police so that investigations into the act can lead to the necessary action being taken.”

Cllr Mark Jepson, Mayor of Felixstowe, also expressed his frustration. He said: “We are fortunate to live in such a safe, clean and attractive place as Felixstowe so, like everybody I am shocked, saddened and frustrated by this wilful damage to one of our iconic seafront shelters. Vandalism and anti-social behaviour will not be tolerated and I have been in discussion with the Police, who are taking the matter very seriously and currently investigating this as an arson incident.

“Whilst I am reassured that East Suffolk Council will be taking swift action to repair the shelter, it is also the responsibility of all of us to help keep our lovely town safe and report antisocial behaviour, wherever it occurs. Please do not hesitate to contact the Police via 999 when ASB is happening, giving detailed descriptions of those involved, locations, any vehicle indexes and direction of travel wherever possible” 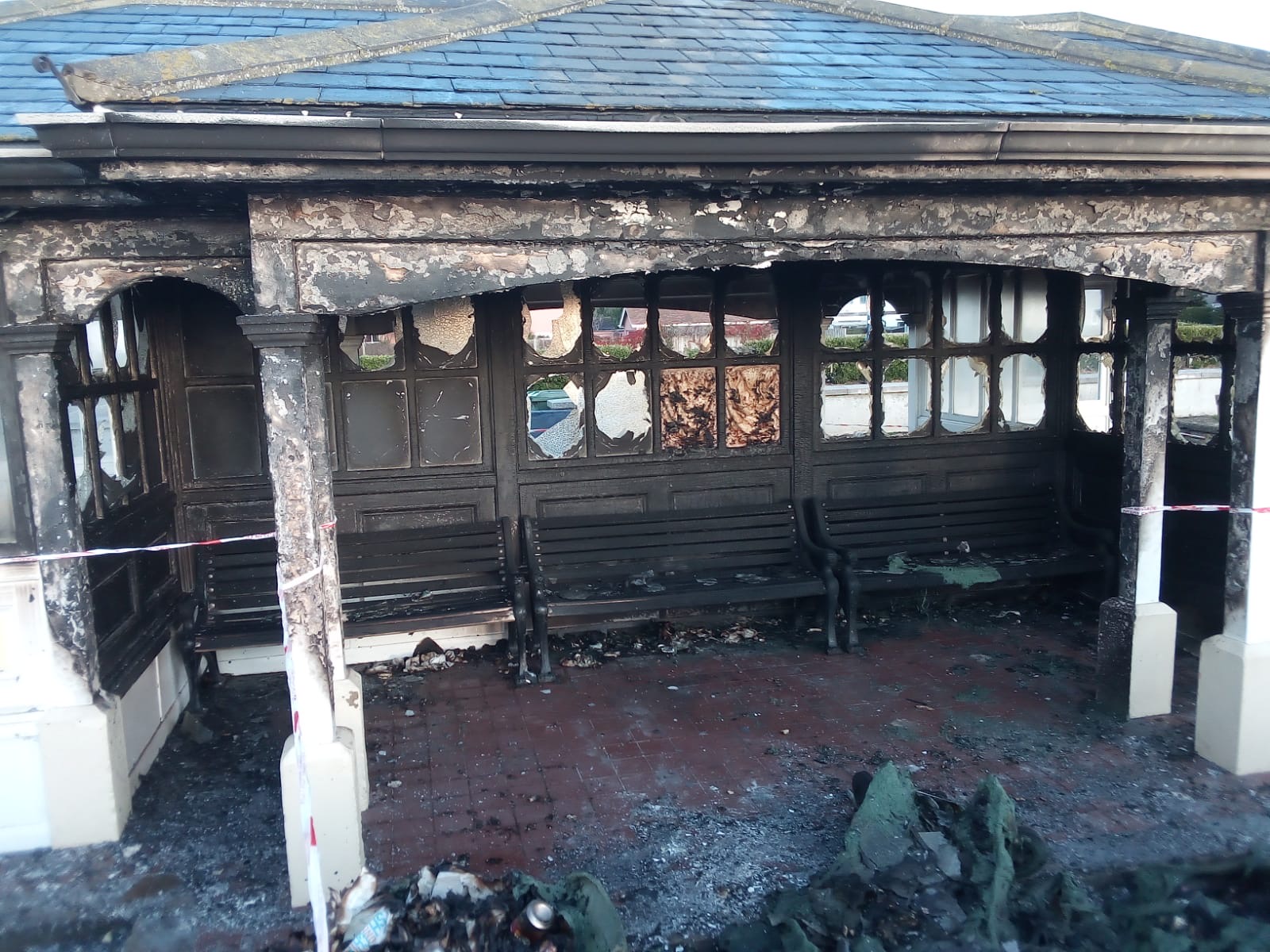